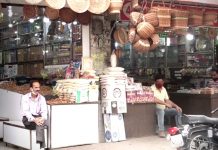 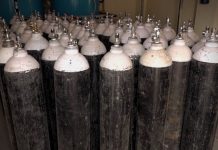 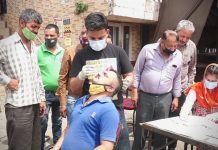 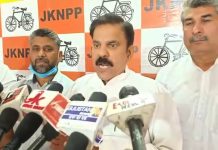 BJP Leaders Have Crossed All Limits Of Corruption: Panthers Party 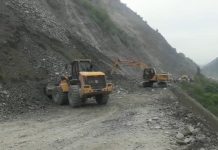 Jammu-Srinagar Highway Blocked Due To Landslide At Ramban

A  person died and another was injured when the sling of a crane broke away while they were working on a bridge outside the under construction tunnel(T49)of Railway Line Project at Sumber today morning.

According to the CMO,Ramban,Dr.Farid Ahmed Bhat the Operator of L&T machine identified as Zahoor Ahmed,42 of Hewgan,Magerkot Ransu had died on spot while as the injured labourer indentified as Pardeep Kumar,22 was brought in a mini truck to the District Hospital,Ramban wherefrom he was referred to the GMC,Jammu.  Both victims were employees of the Hindustan Construction Company(HCC). The colleagues and relatives of victims blamed HCC for using defective machinery which resulted into the mishap.